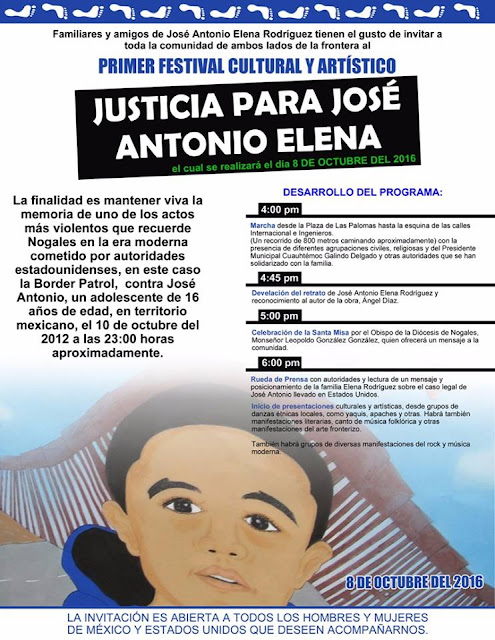 Invitation from the family and friends of José Antonio Elena Rodriguez to attend the FIRST CULTURAL AND ARTISTIC FESTIVAL FOR JOSE ANTONIO, who's life was tragically cut short by a U.S. Border Patrol agent. SAT. OCT. 8 IN NOGALES, SONORA, MX.

4 PM--meet at Plaza de las Palomas in Nogales, Sonora near (one block from the border) for a short march to the corner of Internacional Street (that follows the border wall to the west) and Ingenieros Street. The mayor of Nogales, Sonora will speak.
4:45 PM--Inauguration of the installation a painting of José Antonio near the site where he was killed
5 PM--Celebration of a mass led by the bishop of Nogales
6 PM--Press conference followed by cultural and musical presentations including Yaquis, Apaches, folklore music, rock

Schedule of the Border Convergence in Nogales, Sonora and AZ. For more information on workshops, lodging, etc. and schedule updates click on link
http://www.soaw.org/border/ 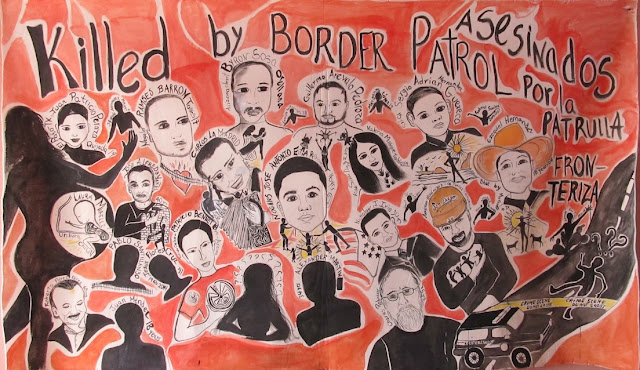 Posted by Richard Boren at 7:28 AM